It was a freezing Sunday morning. The cold contrasted our energy for a new experience as we were getting closer to the Kosice’s train station. When the train stopped , Mike opened the door and Kosice’s fresh air dominated our lungs. We all disembarked with our suitcases towards the exit. We were hungry after our long trip but fortunately there was a tavern close to the exit which was full of Slovakian snacks. Once we were satisfied we started to worry about where Milos was. 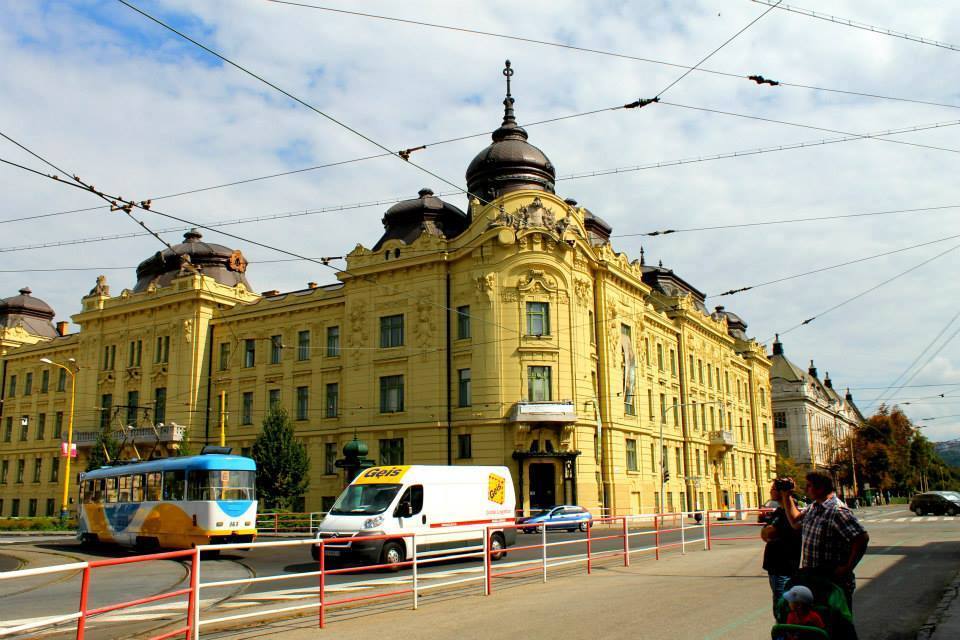 «Kyriakos ,where is he?», Nikos asked.

«I just spoke with Erica and she said that Milos is on his way.»

The kids got out of the station and you could see it in their eyes the excitement for the view. As we were observing beautiful Kosice, a tall young man came by our side and he asked us if we were the Greek group. We answered yes, and he asked us to follow him to a mini van. Thirty minutes later we reached our destination. A long building surrounded by trees was waiting to accommodate us. Milos explained that this building is a school of nature whose fuction is to accommodate people of European programs. The day flowed peacefully. It was a great time to rest from our 24hour trip. The Slovak group arrived just before lunch. The hour was almost 10 am and suddenly the main door opened and five girls full of energy were running around the building. It was the Finnish group . The next morning we woke up with at least one roommate. At 4am the Spanish and Italian groups had arrived. Each group had five teenagers and one leader . All the leaders were under the age of 30. 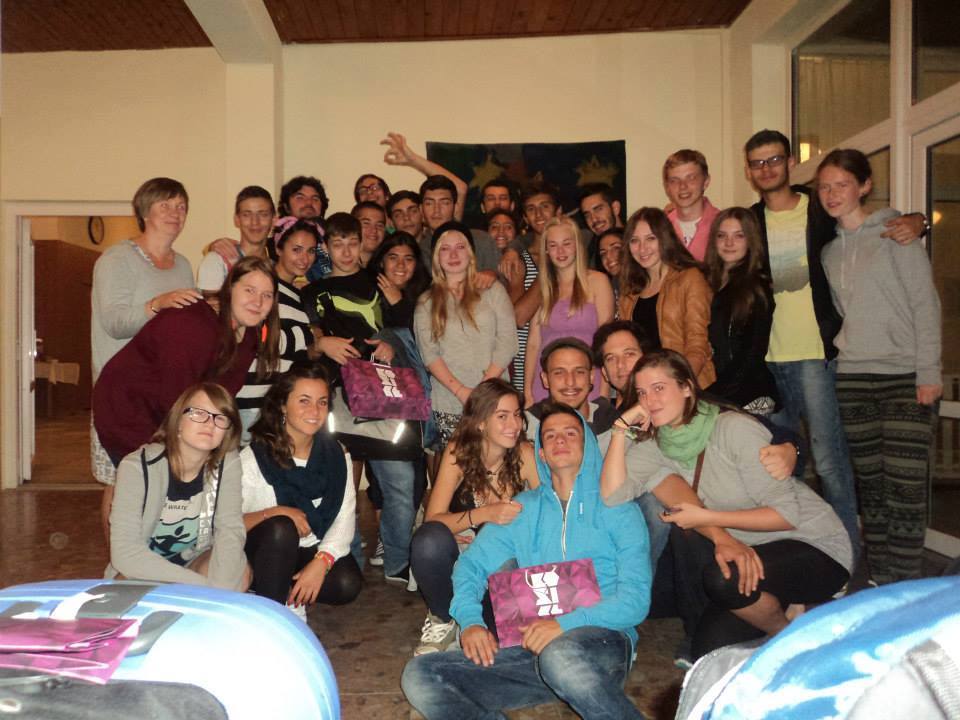 After a hearty breakfast we began our first activities. We played different types of games which helped us learn each other’s names quickly. First we all made a circle. Each person had to say their name and one adjective to describe their personality that began with the same letter of their name. The next person had to remember all the previous names. Then we all took a piece of paper and we wrote our names. Milos turned on the music and we exchanged our papers till the music stopped. Each person had someone else’s paper .We had to find the person and draw their nose. After the music started again and the same thing with other characteristics of each person until the portrait was finish. So then every portrait had a touch of everyone.

Lunch time came and we all had the chance to get to know each other better as we were eating tasty Slovakian food. At 3pm, we continue the activities related to our names until 6pm. We all found the activities very interesting. At 6 o’clock was dinner time . We considered that time a bit weird and early because in Greece we eat dinner at 9 -10pm but we could get used to it. At night we could do whatever we wanted. We were all in the main lobby and had a great time as we were learning things about the other countries . 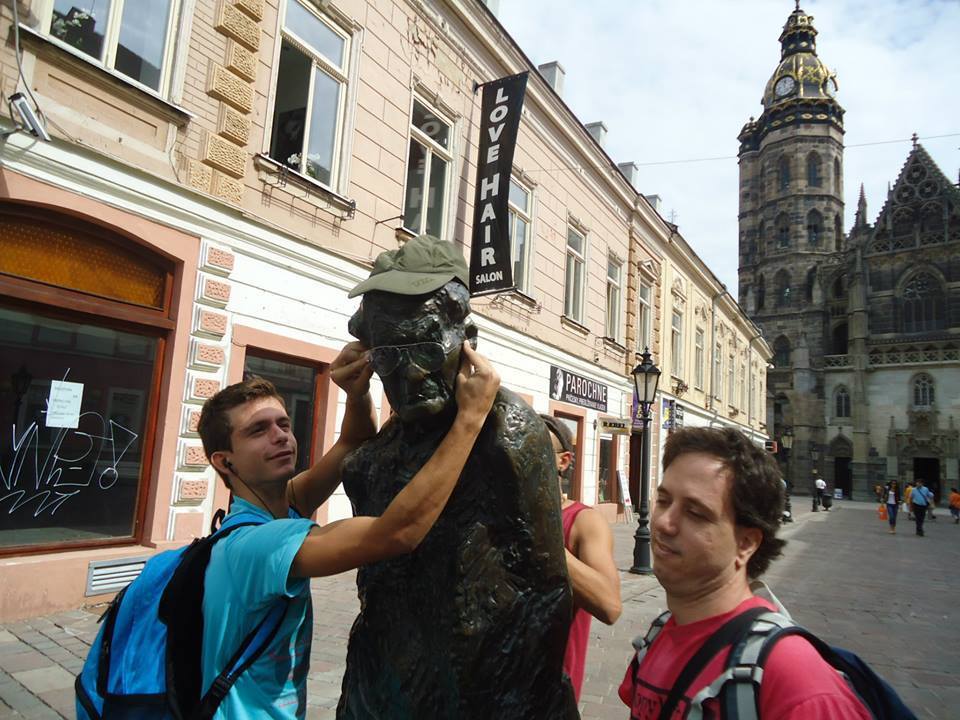 In the morning Milos spoke to us about the main project that we had until the end of the week to finish it. He separated us in 6 mixed groups. Every team had to conceptualize a story .Three teams had to film the story and the other three teams had to present us their story through photos from a classic fairytale but every team had to include their culture within their stories. With more details, each story had to have a main character from a classic fairytale . The teammates had to take this character in today’s world, they had to change him at all and put him in a minority and make a little story around him .

Each national group were presenting minorities in its country. In many countries minorities were the same, like immigration ,poor-homeless ,Gipsy, drug addicts. We finished at 1:30 pm and we ate lunch. After a small brake ,mixed groups had to start their projects. The group leaders were there only if the teenager asked for assistance .

The time was six in the afternoon. After dinner we had free time until 9 in the evening when the Slovakian cultural evening would take place. They presented us short films and dances, their beautiful country with their remarkable castles. At the end of their presentation they had a buffet with traditional snacks. Our enthusiasm for the Slovak presentation matched with our satisfied stomach.

The next morning we prepared for a day trip to Kosice. We had free time till the afternoon and we were admiring the memorable city with its perfect architecture. Also it was a good time for the mixed groups to take photos of the town and use it to their projects.

We went back to Kysac at 7pm. We ate dinner and we began the preparations for Finnish cultural evening. Presented decently and representative of the country’s videos, photos, music and dance performances in which all the people joined and we danced all together. In the end ,everyone had the chance to taste traditional foods.

In the morning Milos separated the children into five new mixed teams. Afterwards he showed us photos with five different types of people from different parts of the world. The goal of each team was to analize one of these people and prepare a little story and present it to the other groups in a short theatrical performance. Children managed to present 5 fantastic theatrical performances with only 1 hour of preparation and with much improvisation. When we finished this whole activity, lunch time came. After lunch children had to time to work accordingly on the final project that the mixed groups had done.

After dinner, the Italian and Spanish groups were ready to present us their cultures. The videos that they chose were greater than the other evenings. Also they taught us traditional dances and we all joined in. Of course they had buffet with foods from both countries.

We started early for the second trip to Kosice. This time we stayed more in the city until the evening. When we arrived we had a tour of the city by historical tram which we toured around the city. Furthermore we went to a mining museum which we stayed for at least 2 hours. After that Milos lead us to a beautiful restaurant in the center of the town and were offered tasty food. We ate and then we went to a casual coffee bar because it was raining.

When the weather was better, most of the national groups went to the Bell Tower of the central church where the view was incredible. We were free to do anything we wanted till 11pm, and we had to meet each other at the bus that brought us here. So we managed to see a Friday night in Kosice which was full of life!

The morning was peaceful. We made a circle and had a conversation and each person shared their opinion of the week. Milos also gave us a ball of string, as someone was holding the ball, he had to share his feelings about the week with everyone. After that he had to throw the ball to someone else who they could choose and the thrower kept a part of the string .

Everyone was touched as we realized that we had so much fun and that our experience had finished that night…Some children cried and some others tried to stay positive. Milos said «Come on, compose yourselves. We have this day to rest and you don’t forget that at night you have to present your project and have a party!»

When we heard the project subject we composed ourselves immediately because we hadn’t finished our work. This came over peaceful and lovely but every now and then we were sad about our departure.

«Are you leaving today?» my Italian roommate Juliano aksed.

«Unfortunately, our flight is from Vienna on Sunday morning , so we have to leave today.» I answered.

«That’s a shame…I think that you were the heart and soul of this group. Nothing would be the same without your group. Also, you will not be able to stay at the party…»

«All the teenagers were perfect . All of us we were kind-hearted to the rest of the groups. Some more than others but we can’t all be the same . We are leaving at 11pm so I think that we could stay at the party for a while.»

The presentation started at 7pm. All the projects were beautiful! Some of them better but they were all interesting. Children knew what they had to do. After our project, Milos showed us a video that he put together during this awesome week ,as a result we all got emotional.

At the same time the party got started. We were dancing ,singing and for a while we made our own little magic world which was ready to explode into a million feelings that were travelling in the atmosphere . Suddenly the time to depart came like the death. All the children were outside to bid us farewell in a fascinating way. The same van which brought us came to pick us up and we went to the Kosice’s station. Ιn a short time we reached the platform that we were left at the previous week. The train was there and it was waiting for us and we reluctantly boarded.